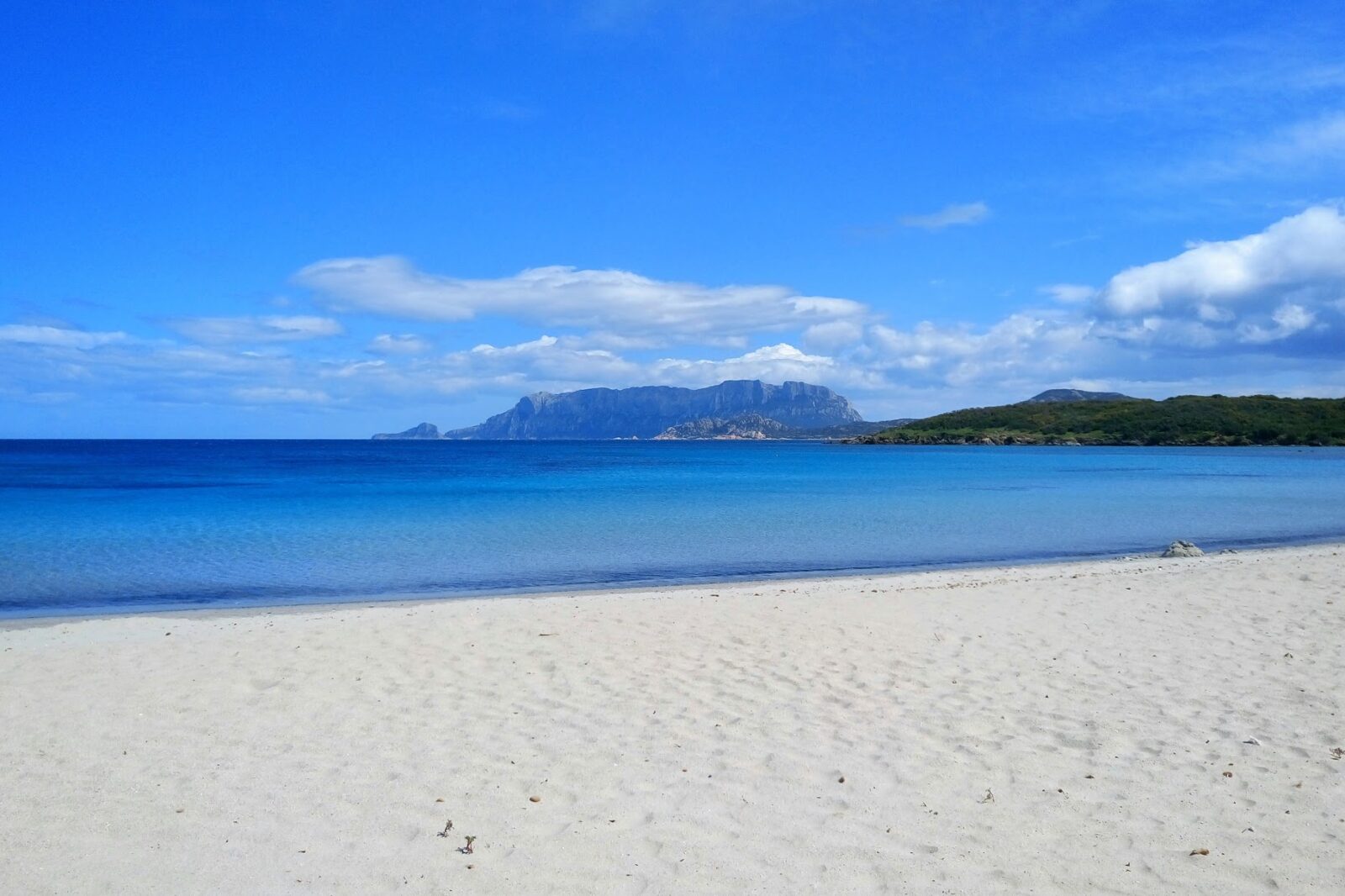 Olbia is a small city so despite our property is located only 900 meters from the old downtown, all the rest of the wonders around the beautiful North East Coast of Sardinia can be reached within minutes.

The beaches first of all of course!

As already written in our main presentation:

Sardinia and Gallura, however, do not mean only beaches and sea.

Like all over the island, the culture of Gallura is linked to its countries scattered here and there where you can discover the traditions of the past thanks to some small museums that today tell the life of the past and the ancient crafts.

Know that in Sardinia often blows the mistral very often and it is easy that even during the summer there are days in which to stay at the beach is not so indicated ... In these occasions it is possible to take a trip inland to discover the island, the real one.

What to see in Gallura 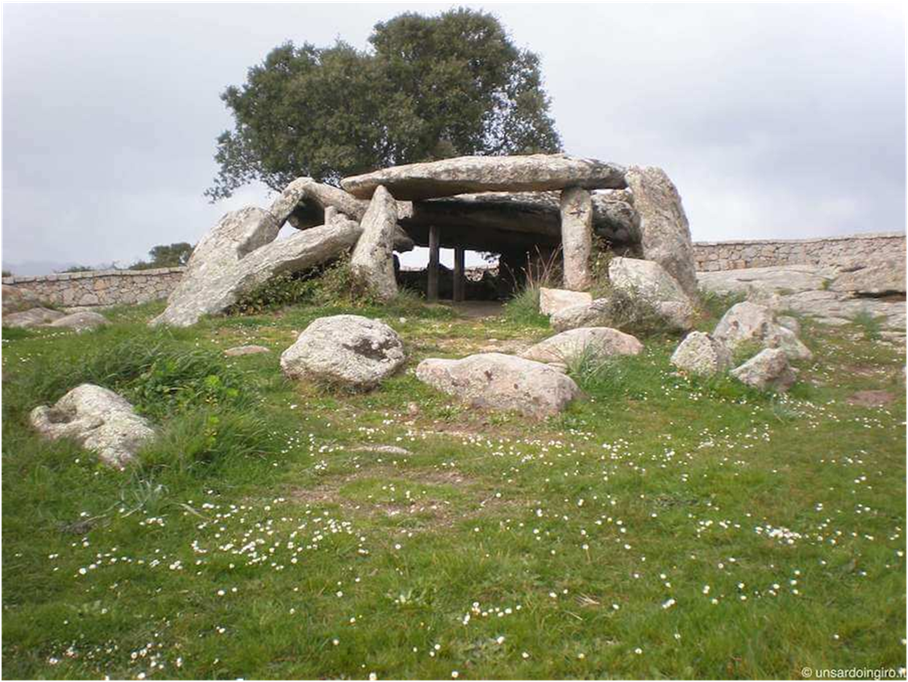 In Gallura, as in all of Sardinia, there are several archaeological sites dating back to the Nuragic age. These sites mainly hit by their majesty, megalithic in appearance being often made with large blocks of stone. They still appear standing today with a little mystery.

I advise you not to miss a tour to discover those of the territory of Arzachena where are the Nuraghe La Prisgiona and the Nuraghe Albucciu, and some tombs of the giants, or rather ancient funereal tombs with megalithic dimensions.

Further inland, at Tempio Pausania, there is the Nurori Majori from which one can admire an interesting view of the Gallura hills.

In Luras, on the other hand, there are 4 dolmens, ancient burials made of large granite boulders. Further evidence of the grandeur of the architecture of our ancestors. 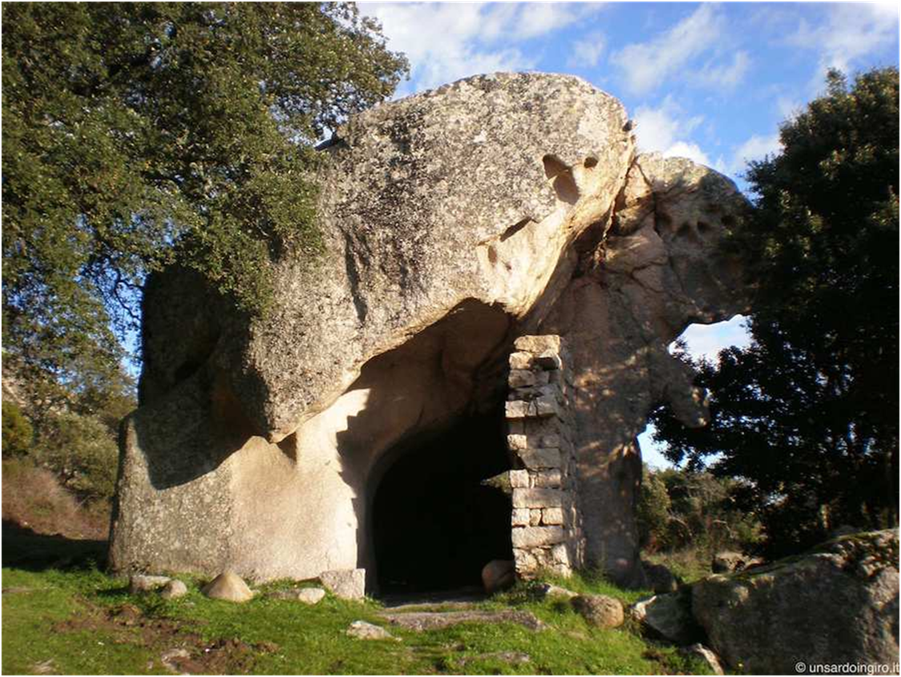 The historical centers of all these small cities.

The villages of Gallura hide very nice views. Often little known, they are small villages to be discovered.

The historical centers are characterized by small houses in blocks of granite and multi-storey buildings once belonging to the most affluent families. Each of these houses churches dating back more than 200 years.

In Calangianus there is the parish church of Santa Giusta which preserves fascinating eighteenth-century frescoes, a rarity in Sardinia.

Very popular with tourists is the small center of Aggius, well preserved and now embellished by the works of the Sardinian artist Maria Lai.

Even the country churches, scattered here and there in the territory, are evidence of a faith rooted throughout the territory, small architectural monuments well integrated into the landscape and ideal for photography lovers.

For some years now, in Gallura, there are some museums that, through the collection of objects and work tools, and the reconstruction of domestic environments, tell the story of old-fashioned farming and craftsmanship, traditions and customs.

In Luras the Galluras Museum is famous, set up in an old house in the historic center of the village: many objects exhibited and very faithful reconstruction of the rooms. The Museum has become very famous to keep inside the hammer of "sa fèmina Agabbadòra", that is the one who in the past put an end to the sufferings of the sick. You will be impressed by the story of his story.

In Aggius, instead, the Meoc Museum recounts the traditions and ancient trades that were carried out in the Gallura territory and a more in-depth section is dedicated to the textile art of the carpet that has always found wide development here. In the museum it is possible to see the realization of the typical carpet of the living.

In the village of Calangianus there is a very original museum. This is the Cork Museum, set up in the rooms of the former eighteenth-century convent. The museum recounts the processing of cork, from the extraction of the bark from the tree to the subsequent processing to obtain the cork or the realization of objects, accessories, clothes.

The lake of Liscia:

Although it is artificial, Lake Liscia has its own reason. It is located in the heart of Gallura, nestled between the hills of three municipalities: Luras, Calangianus and Sant'Antonio di Gallura. Some accommodation facilities surrounded by greenery allow you to enjoy its peace and its silence.

For some years it is possible to admire the lake and the surrounding landscape thanks to a boat trip that allows you to see the area from another perspective.

Near the Lake of Liscia, in the territory of Luras, are the beautiful millennial Olivastri declared a natural monument in 1991.

What to do in Gallura:

The events taking place in Gallura are more and more because the interest in getting to know Sardinia and attracting tourists from the coast to the interior is increasingly strong.

Each village has its own patronal feast during which religious services are often held with processions made even more interesting by the presence of folk groups and ox-drawn carts. These are joined by some smaller parties in rural churches.

In addition to traditional events there are other opportunities to discover the countries of the territory. Here are the unmissable events selected for you.

In Olbia, from 10th to 15th June, there is the festival of San Simplicio: 5 days of party with micro-events, a huge fun fair, concerts, guided tours and the procession of the saint with the participation of various folk groups of Gallura.

In Calangianus, on the last Saturday of July, the Sagra del Bovino takes place, an opportunity to introduce and taste the local beef. During the event the town is full of many markets dedicated to the sale of local products and local crafts, participate in many folk groups and traditional masks such as Mamuthones of Mamoiada.

In Luras the "Domos Abbeltas" event is growing, during which more than 60 cellars, houses and courtyards open exceptionally to make known the craft activities, the typical dishes, the art and the history of this small but rich country. The event takes place on the last weekend of June.

In the spring instead I suggest you opt for one of the events of "Stazzi e cussogghj", which take place in different countries of Gallura and dedicated to making known the culture of "stazzi", ie the old country houses that were once reference to land control and campaign economy. During the holidays, which take place on the weekends, ancient traditions are recalled such as the ancient engagement and the marriage and crafts of the past are presented.

Then there are other opportunities that allow you to discover the territory. Among these is the Tavolara Film Festival which takes place in July in the beautiful island full of history and legends (a few minutes by boat from Porto San Paolo) An increasingly well-known event during which various protagonists of Italian and international movies system participate.

Time in Jazz is very well known, organized by Paolo Fresu in Berchidda and in the whole of Gallura. Every year around the 15th of August, important international jazz interpeters offer short concerts immersed in breathtaking landscapes. Despite the heat, the event attracts thousands of tourists every year from the coast.

Also the Music Festival on the Bocche unites music to the landscape: the location is the north coast, in the territory of Santa Teresa Gallura.

During the Christmas period I recommend a visit to "Pasca di Natali" in Calangianus, during which the historic center of the village is transformed into a living nativity scene thanks to the presence of typical costumed figures, ancient crafts and typical dishes.

Other occasions to visit the Gallura out of season can be the Carnival and Easter. The allegorical carnival of Tempio Pausania is much loved. It may seem unusual to come to Sardinia in winter but carnival here is an experience into the experience at least once in a lifetime! I recommend a tour also outside of the Gallura where the carnival is experienced in other different ways with a particular union between the sacred and the profane.

The Sartiglia of Oristano is undoubtedly fascinating, in the central west of the island, an ancient equestrian ring race with masked jockeys and the famous Su Componidori, or the carnivals of Barbagia. Mamoiada and Ottana, just to name a few, are two countries where traditions are handed down, the origins of which are lost in the mists of time and which see protagonists antopromorphous masks that recall ancient propitiatory rites of the end of winter.

During the Holy Week several celebrations are held, among which the most widespread is "s'iscravamentu", literally the sacking of Christ from the cross. This type of manifestations combine theatricality with reflection and meditation on the passion of Christ. In Gallura you can attend this celebration in the cities of Tempio Pausania, Aggius and Calangianus. 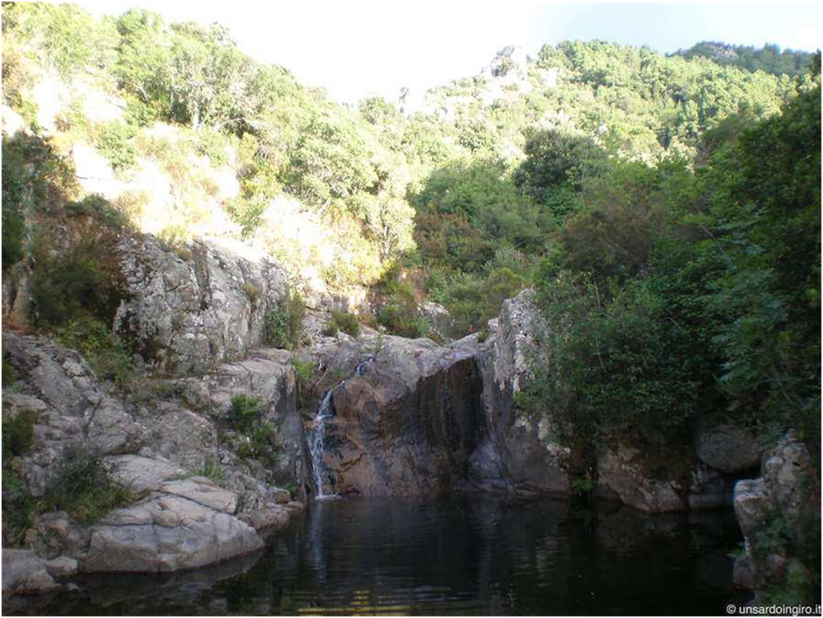 Unknown to many, the mountain range of Monte Limbara is the second highest peak in Sardinia. The Limbara is characterized by a thick vegetation of pines, oaks and other plants typical of the Mediterranean and from ancient rocks that time has shaped in many forms.

From its peaks you can admire a beautiful view over the whole Gallura, up to the coast and the nearby Corsica.

I suggest you to take an excursion along the different paths to discover its multiform rocks and admire the view. It is possible to access the peaks even by car.

It may seem strange but the mountain is an important part of the landscape of my island.

The Limbara is also the ideal destination for those who love trips by motorbike or off-road, and here are also spreading sports activities such as climbing and canyoning.

There are many places to discover, many of which are outside the normal tourist routes. I hope with this post to have given you a general overview of what you can see and live in my land.

Do you like the sea instead? You'll be spoiled for choice!

I wait for you in Gallura to discover a territory rich in history, traditions and an incredible landscape.

We use cookies to ensure that we give you the best experience on our website. If you continue to use this site we will assume that you are happy with it.OkRead more